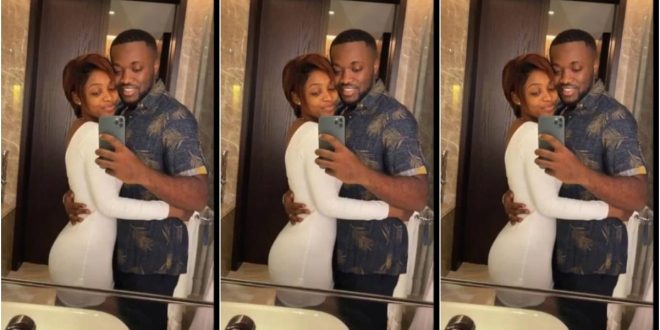 Son of Dr. Kwame Despite, Kennedy Osei and his wife, Tracy have become the talk on social media following their childbirth to twin girls.

Social media users are flooding the various platforms with congratulatory messages though neither of the couples has come out to confirm the reports.

Well, while some people are congratulating Kennedy Osei and his wife for the new bundle of joy in their marriage, others are of the view that the couple has welcomed ‘miracle babies’ given the time of their wedding.

A user with the name Rex Berk raised a point that the couple, who took over the whole of Ghana with their wedding, have welcomed their twins very early since it hasn’t been 9 months after their wedding.

Another user, Ayeyi King was of the same view as he stated that Kennedy Osei and Tracy were doing it before they tied the knot in February this year.