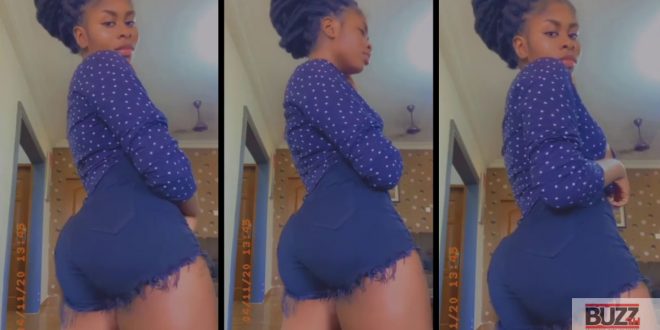 Kumawood actress turned musician Maame Yaa Jackson has revealed that heartbreaking reasons why she no longer puts on expensive dresses.

according to Yaa Jackson in a recent post, says she is broke now since she has turned into a new leaf that is why she no longer wears expensive dresses.

in a short recall, the actress disclosed that she has seen Jesus Christ and has repented.

Yaa Jackson then revealed that she is now a gospel singer as she will drop her first gospel song very soon.

well, the ‘Tear Rubber” hitmaker has finally dropped her first-ever gospel song with its video.

sharing the video, Yaa Jackson disclosed that she is broke now but feels she has it all since she has Christ in her life.

“BBF Ebefa official video out but this time around I wasn’t about to shoot with expensive clothes. All I had was this even tho I’m a bit broke I have Christ so I know all will be well.
Please do well to watch the full video on YouTube”

Read Also  "I am friends with Mona Gucci for 5 years, I don't know of any law school she attended"- Nana Tornado
Share