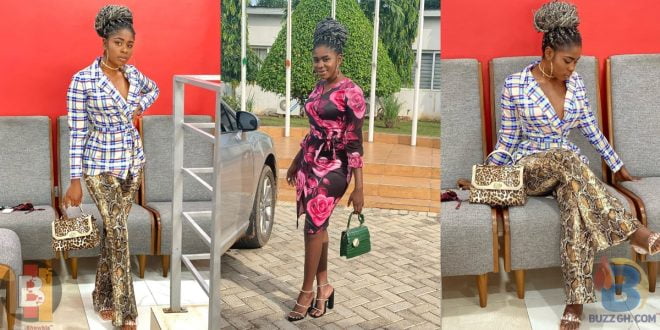 Yaa Jackson Is A Big Proof That Most Celebrities know nothing

Yaa Jackson in a recent interview disgraced herself after she was not able to reveal the course she offered in Senior High School.

Though this is not the first time Yaa Jackson has disgraced herself, it could be recalled that somewhere last year, the actress failed to give the full meaning of CRS, a course she was offering in the school of which she became a laughing stock in every household.

Most of our celebrities know nothing and can’t even boast of their education all they know is looking down at the people who are most qualified.

all that these celebrities know is flaunting their fake lives and their medicated body on social media.

instead of going back to learn more, they don’t and all they do is running from interviews when they are asked of the educational background.

another clear example person is Mr. Drew of “Dwe” song, he also disgraced himself in a recent interview after stole someone’s song and claimed he didn’t know anything about copyright.

well its about time celebrities go back and learn more to stop being disgraced in interviews.