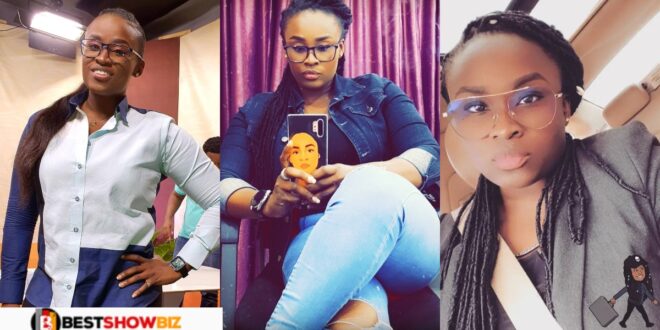 Jessica Opare Safo, a multi-award-winning television and radio host, has explained why women do not deserve to be respected by men.

Most women, she claims, demand respect from men when they do not deserve it.

In a Twitter post, she explained that women who want to be respected by men must earn it rather than forcing it down men’s throats.

” I hear a lot of women say men don’t respect women. Question I ask myself is, why should you be respected? People talk about respect as it it’s a birthright. You forget that respect is a gift. You want respect? You better earn like everyone else”!!

Read Also  "I told my wife not to go to Saudi Arabia, she is now returning in a coffin"- Husband cries as he narrates how his wife d!ed