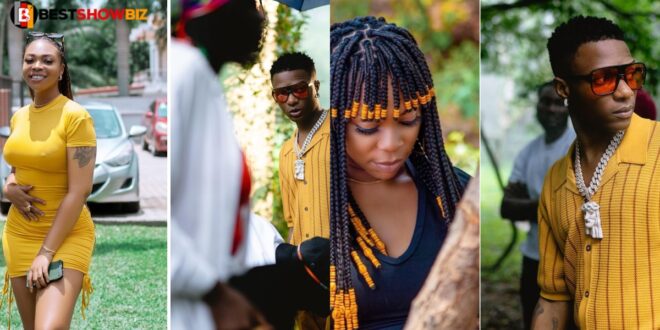 Michy is hopping from one platform to the next, clearing her name and putting to rest some of the rumors that have been floating about her.

She first asserted in an interview that her East Legon flat was not rented by Nana Appiah Mensah, the defunct Menzgold CEO, and that she has never had a sexual relationship with him.

Michy has now addressed the idea that she was pimped to Wizkid during Wizkid’s visit to Ghana.

During a furious disagreement with Michy, Magluv, a childhood friend of Shatta Wale, made the above accusation.

Michy allegedly paid a visit to Wizkid in his hotel when he visited Ghana some time ago, according to Magluv.

Michy reacted by saying that she would never fall for or chase after Wizkid because she isn’t attracted to him in the first place.

She was adamant that a hefty, towering girl like her could never go for a midget.

Watch her speak in the video below.