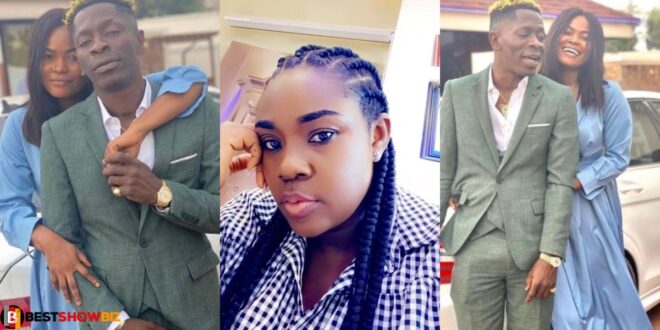 Magdalene Love, who is Shatta Wale’s cousin on social media, has dropped a bombshell on Kumawood actress Emelia Brobbey.

Love has accused Emelia Brobbey of sleeping with Shatta Wale when he was dating Michy in a new video.

Emelia Brobbey was actively warming the musician’s bed, according to Love, who is also the CEO of Reign Clothings. She frequently called to tell him how much she missed him.

Love made these charges while criticizing Shatta Wale’s ex, Michy, for allegedly trying to discredit her after their separation.

Emelia Brobbey was targeted by the Reign Clothing CEO because she believes the actress cast shade at her (Love) during an interview with Michy.

Love labeled Emelia Brobbey a hypocrite during sections of the interview in which the actress asked Michy about a person she feels is to blame for her split with Shatta.

She was also perplexed as to why the actress did not inform Michy that she had been sleeping with Shatta Wale while they (Michy and Shatta) were dating.