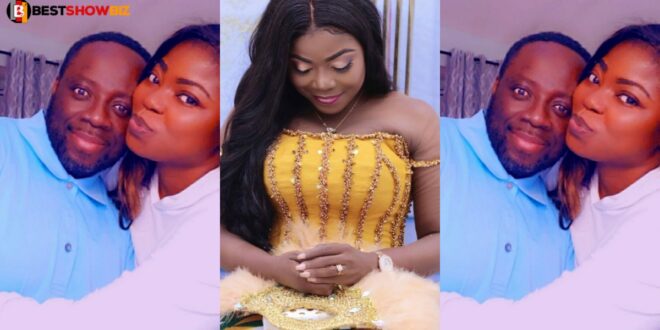 Some of the photos circulating online appear to be her engagement photos. Vim Lady is seen in the photo wearing a beautiful colorful Kente, as well as an engagement ring on her hand and a bridal fan, prompting social media fans to speculate that she may have married secretly.

she however confirmed that she has been married a long time ago and has hidden it from the public until now.