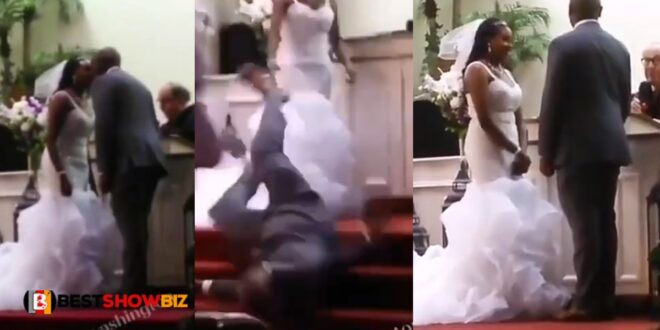 An incredible video of a man falling flat on his face and collapsing on the floor immediately after kissing his wife has gone viral.

In fact, no one would have believed it if the stunning incident had not been recorded on tape.

Everything was going well between these lovebirds until it came to the most important stage, where they had to exchange a kiss.

The groom started the rite first, but as soon as he kissed the bride, he collapsed off the podium and crashed down the stairwell.

It seems he was actually touched by the Holy Spirit after kissing his bride, or could it be his first time kissing her?

Well, just enjoy the video below;