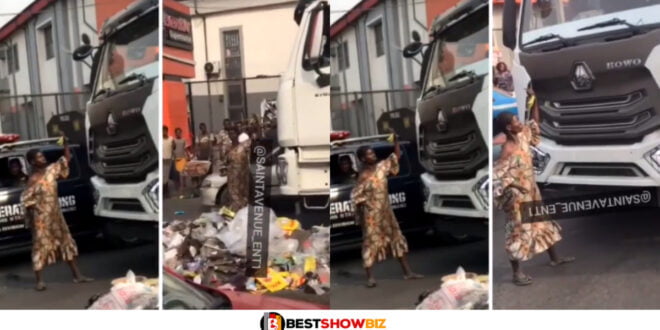 She stepped in front of the vehicle and raised her hand, causing the driver to come to a halt. The truck driver continued to honk, but she refused to move.
The odd sight drew a mob of onlookers who observed and recorded her in astonishment.

When a police vehicle passing by couldn’t figure out what was causing the holdup and mob, they had to pull over.

In response, theikireguy wrote: What if God is trying to delay that man because of something dangerous ahead, just saying though. There’s reason for everything.

Another Instagram user wrote : “Trailer go jam her now una eye to clear!! Watin be super power? this life be like Avengers firm for ur eye ???.