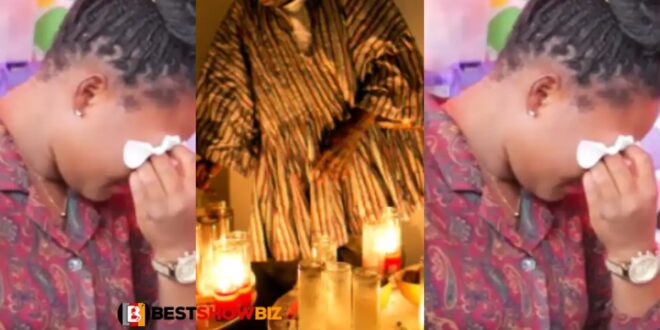 A woman has opted to discuss her issue with the Manokekame Facebook page’s followers anonymously.

She said that her two-year-old lover had just admitted to being a traditionalist after falsely claiming to be a member of the Lights House Church.

She explained that she is the daughter of a Pentecost deaconess and is aware that a man with that history would be rejected, but she has fallen in love with him and is perplexed.

She recalled how, while they were dating, the boyfriend started acting strangely and leaving the house at unusual hours.

He eventually admitted to being a traditionalist after summoning the guts to challenge him.

“I took it cool but realized I had fallen for him and thought I can cope,” she said.

When the limits were imposed, everything spiraled out of control, according to the lady in love.

“He kept bringing in rules; I can’t visit him unaware because he might be doing something I’m not supposed to see. I can’t also visit him on certain days because he may have rituals to perform, etc.”

The unnamed lady said that the regulations had become so onerous that she had to ask for a split, but that she had received a negative response.

In addition, her mother has always been quite particular about the type of man she dates.

“Honestly, he respects me, he is humble, even if I talk back at him, he won’t even mind. Very handsome, he’s never gotten angry at me for the past 2 years and months even though I am a quick-tempered person. He is quiet and reserved, I mean he is a type every lady would want but his religion hmmm,” she added.

She professes to be perplexed by all of these traits, as well as her affection for him and has asked netizens for assistance.

below is her story;