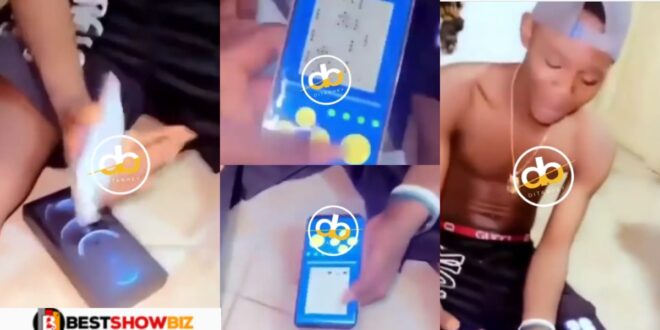 Video: Young guy in tears after buying iPhone 13, but opened the box to find a toy game

After being sold a gamepad as an iPhone 13, a young man was duped out of his hard-earned money by some con artists.

The guy who wanted to demonstrate how fashionable he bought the latest iPhone 13 from a man, but the man he bought the phone from turned out to be a fraudster who scammed him out of his money and instead gave him a gamepad instead of the phone 13.

According to the video, the young man was all excited about his new iPhone until he got home and unwrapped the phone, only to discover that he had purchased a gamepad instead of an iPhone 13.