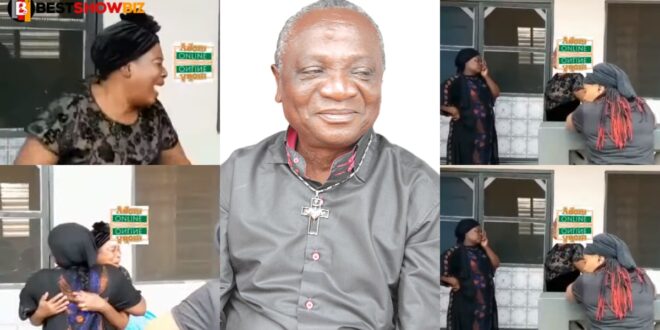 Following the death of renowned Highlife artist Nana Kwame Ampadu, Ghana’s music industry and the country as a whole have been in sorrow and shock.

He was confirmed dead in the early hours of Tuesday, September 28th, according to reports. He was 77 years old.

The musician is most known for songs such as ‘Oman Bo Adwo,’ ‘Mother,’ ‘Obra,’ and ‘Osaman Bi,’ among others.’ He has also released a number of albums.

AdomTV broadcast a video sighted by Bestshowbiz.com depicting the late musician’s house at Lapaz in Accra, and the mood appeared to be both peaceful and mournful.

While some members of the family were seen weeping, others were seen putting chairs and tables in place for the throngs of sympathizers who had flocked to the scene.

The late Nana Kwame Ampadu is believed to be a Chief, and family members have stated that they are waiting for the family head, known locally as ‘Abusuapanyin,’ to determine the best course of action to be taken.

In an interview with Prince Owusu, one of his sons, Kwabena Amoah Ampadu, stated that his father left behind six children and that he could not tell whether there were any additional children who would appear at his father’s burial.