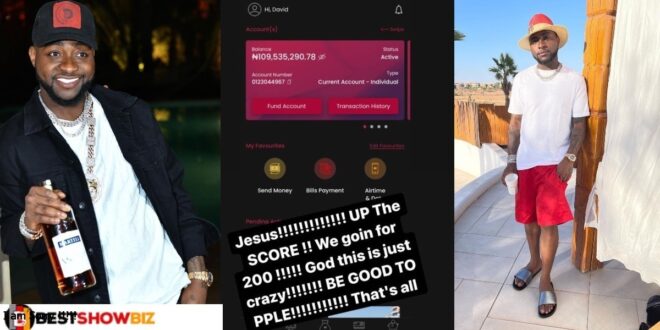 Man mistakenly sent Davido N5,000 twice, ask him to send back his money

Davido started a new trend by asking his fans and celebrities to show him, love, by sending him money ahead of his birthday on November 21, and a random man decided to join in with the people who sent Davido money.

After sending N5,000 twice by mistake, the man is begging for a refund.

While demonstrating his devotion to his idol by sending the token he had, the young man claimed he accidentally initiated the transaction twice.

His next step was to ask for forgiveness from the multiple award-winning singers, after which he proceeded to provide documentation of the fraudulent transaction he had engaged in.