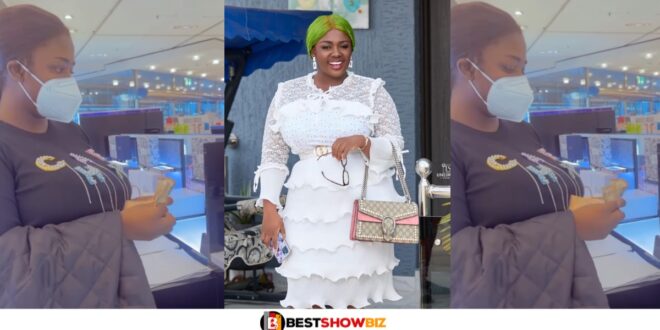 Video: Rich Tracey Boakye displays money she will use for her birthday shopping

Tracey Boakye, a popular Ghanaian actress and movie producer, has uploaded a video showing off the money she’s planning to use for her birthday shopping, putting others under pressure by claiming to be the only chick.

Her birthday is almost approaching, and we have no idea what she has planned for us.
Tracey has begun pelting people who will be disturbed by her displaying the money she intends to spend on birthday shopping.

Tracey Boakye has been acknowledged as brilliant when it comes to spending money, but most of the items she buys with the money wind up being unappealing to certain people due to her color choices.