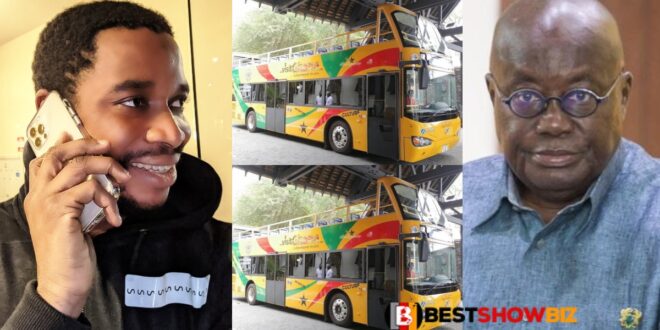 Many people feel that Twene Jonas’ criticism of Ghana’s terrible transportation system, among other things, has spurred the government to explore rolling out these buses.

These vehicles will supplement Ghana’s commercial bus system as well as the Aayalolos and Metro Mass Transits’ efforts.

These Ghana-branded buses resemble those described by Twene Jonas in his videos, where he states, “One minute biaa aban bus nam mu” [translated: Government buses are always available by the minute].

The exact date that these buses would reach the roads is yet unknown, but Ghanaians should brace themselves for a taste of what Twene Jonas usually conveys in his movies.