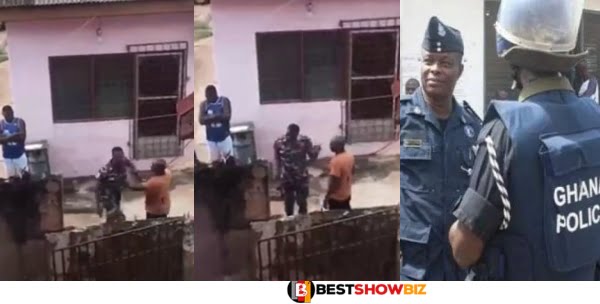 A police officer can be seen slapping one man in a video that has gone viral on the internet.

According to the footage, the officer slapped the victim six times before arresting him.

The fundamental motive for the police officer’s beating of the individual is unknown.

The guy was saying something to the officer when he became enraged and slapped him. It is a heartbreaking scene.

Some Ghanaians have advocated for the arrest of this officer since what he did was completely wrong.

The victim may not have been guilty, but the police officer took the law into his own hands and rendered his verdict.

Reactions to the video.