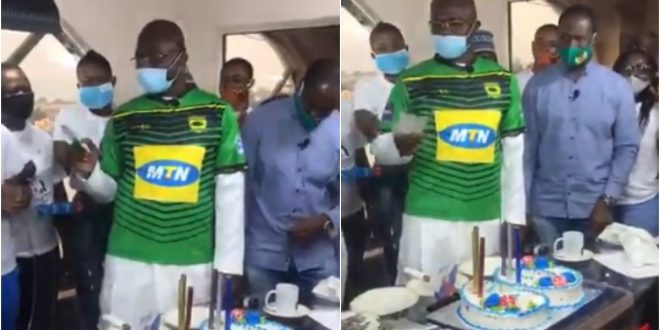 A video of MP Kennedy Agyapong rejecting a whooping sum of GH60,000 birthday gift has surfaced the internet.

Kennedy Agyapong is celebrating his 60th birthday and his workers have surprised him with a sum of GH60,000 as a birthday gift.

from a video that has fast gone viral, Kennedy was seen given back the money to his workers to share among themselves as he says they rather need it.