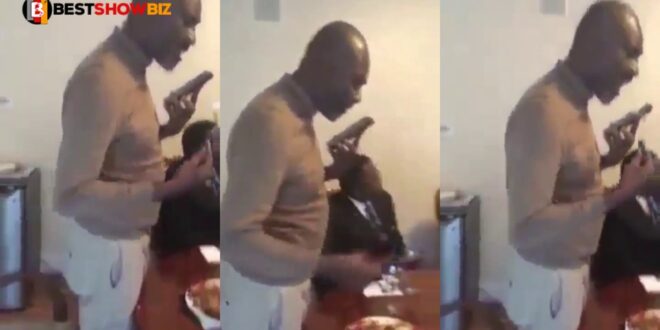 Video: Kennedy Agyapong finally speaks, reveals he will return to Ghana next week

Hon Kennedy Agyapong, Assin Central MP, and NPP bigwig, who was reported to be suffering from a stroke, will be in Ghana next week to deal with all the naysayers, according to a video that has surfaced online.

The legislator was on the phone with one of his close friends in this short video, who called to inquire about his health following widespread rumors that he was suffering from a stroke.

Unceasing Kennedy Agyapong, who was eating with his family, downplayed the news and assured his friend that he would be back in Ghana by the following week.

He also made a strong warning to all of his enemies who are attempting to smear his reputation and spread false information about him through various social media platforms.

Kennedy Agyapong claims that he is not sick and that he is now in better shape than ever, so the perpetrators of his stroke story should brace themselves because he will deal with them harshly.

We appear to be on the verge of witnessing yet another fierce beef in Ghana’s history.