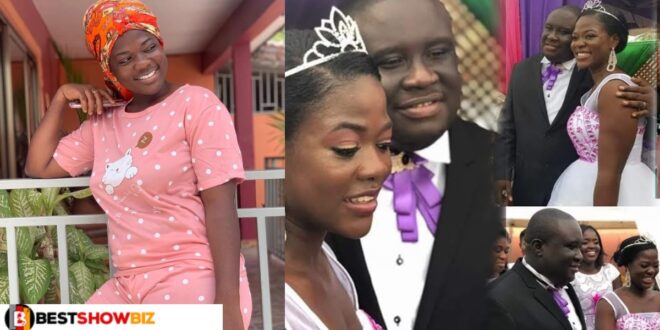 Video: ‘I met my husband at the washing bay’ – TikTok star Asantewaa reveals

Asantewaa, a Ghanaian TikTok star-born Martina Dwamena, has revealed the secret location where she met her husband.

Asantewaa revealed in an exclusive interview with the Delay Show that she met her husband, the son of a top-tier member of the ruling New Patriotic Party, at a washing bay.

According to the Ghanaian TikTok star, she began dating her man when she was 20 years old and decided to marry him after three years of dating.

She claims that she married him at the tender age of 23 because she was certain of her choice.

She went on to say that her husband’s affluent background had no bearing on her decision to marry him, and that she only learned he came from a good family shortly before their wedding.