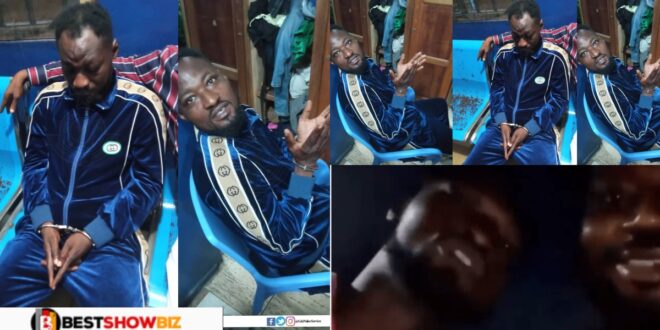 Funny Face, a Ghanaian comedian, and actor who was arrested and imprisoned after threatening to murder actors Bismark the Joke and Kalybos, has finally spoken out from behind bars.

In a post shared by blogger GH Hyper, the actor was seen with another prisoner in a new video making waves on social media, revealing that he is getting better despite his depression.

He went on to send a shoutout to his friend Shatta Wale, who has also been arrested and is being held in police custody after he staged an attempted shooting and caused widespread panic throughout the country.

Read Also  "My landlord is sacking me because i can't pay my rent, please help me"- Singer Yaw Berks begs Ghanaians on live radio
Share