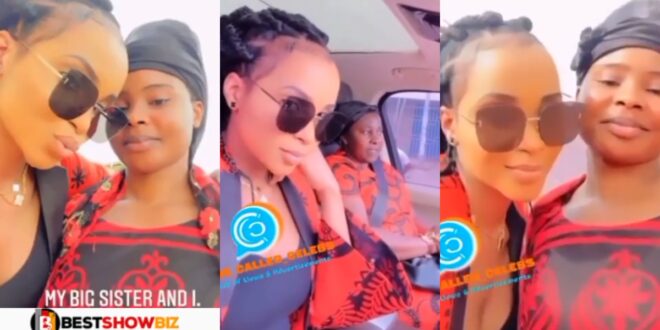 Benedicta Gafah has drawn the anger of social media users for her choice of outfit for her late father’s one-week memorial.

In a video we saw on social media, the award-winning actress came up at the one week in a stunning long-sleeved blouse made of a funeral cloth.

Although Benedicta was grieving the loss of her father, she made an appearance in a garment that revealed a portion of her chest.

People on social media have been criticizing her outfit and asking questions about it.

Because she was attending her father’s funeral, some internet users believe she should have arrived appropriately attired, rather than in her current appearance.

Read Also  “Joyce Blessing is a lesbian, and I have proof” – Lesbobo partner reveal (video)