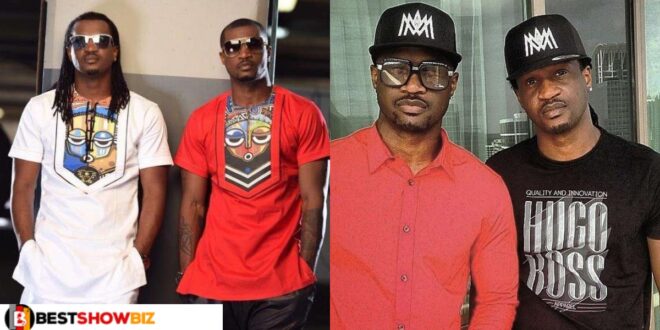 After being at loggerhead, defunct music duo PSquare, Peter and Paul Okoye, are said to have re-followed each other on the visual platform Instagram.

The two haven’t always been on good terms, but Peter Okoye’s recent gesture appears to have brought the brothers closer together.

Peter Okoye traveled to America and took Paul Okoye’s children shopping, and everything appears to have calmed down since then.

Peter Okoye has also been followed by his senior brother, who was their manager.

Meanwhile, it has been speculated that they have never unfollowed each other since their altercation, but we cannot confirm this.