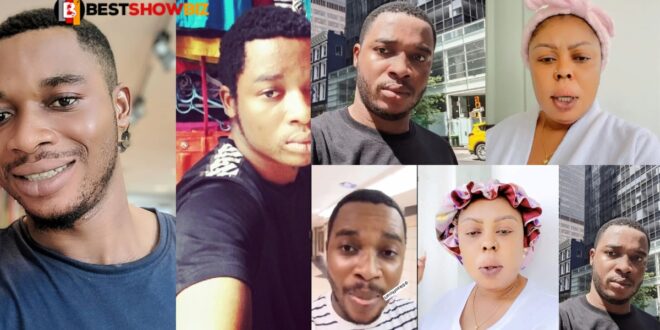 Afia Schwar recently made some insinuations in response to Dag Heward-Mills’ apology letter to the Asantehene Otumfuo Osei Tutu II.

Schwar chastised Ghanaians for admiring and supporting persons who are “homeless” abroad to smear prominent Ghanaians, including Otumfuo, in her video, a remark that many social media users mistook for a dig at Twene Jonas.

Twene Jonas, as expected, drew himself in and understood that the accusations were directed at him, and he retaliated angrily.

Twene Jonas used Schwar’s name and attacked her brutally in a video discovered by zionfelix.net.

Afia Schwar, according to the social media star, is the ugliest lady who must never speak about him. Twene Jonas also compared Schwar’s visage to “fufu funu” (leftover fufu).

Afia Schwar also responded to his remarks with a retort.

Afia Schwar showed off her mansion in her response video and told Twene Jonas that she is a businesswoman, not a pulper like him.

Check out her vids below.