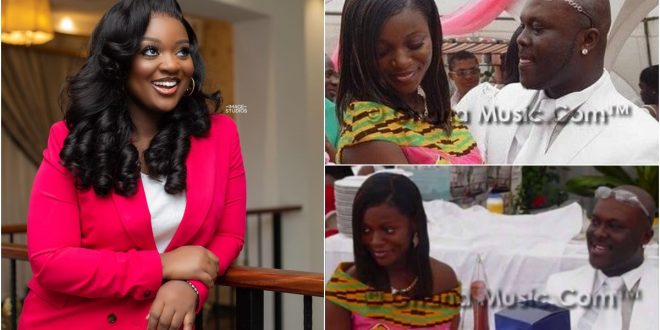 most people know Jackie Appiah as the pretty actress who like traveling around the world, what most people do not know is that Jackie Appiah was once married to a man by name mr. Peter Agyemang.

The wedding happened in 2005 but the marriage was divorced 3 years after.

None of the couple involved ever revealed whT caused the divorce and both of them have failed to talk about it in public.

The throwback pictures of the wedding have surfaced online and it is generating alot of comments online.