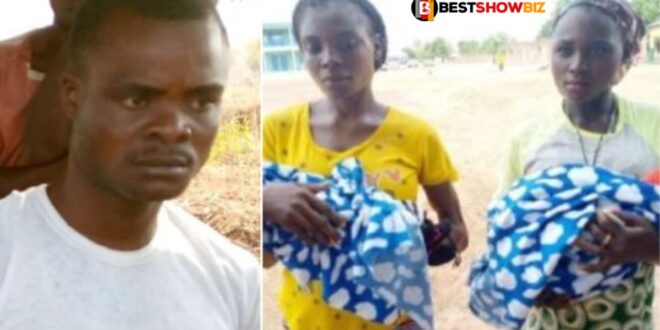 A Nigerian merchant with the name Augustine Angwe, is now being held in police custody for allegedly impregnating his fiancée’s twin daughters.

The culprit was apprehended after he made a self confession, though he provided an odd explanation for his involvement in the case. According to him, the girls seduced him and caused him to lose his self-control. He said that this incestuous act began as a joke, but that it eventually became a daily thing.

In an interview with the press, the suspect claimed that he began having sexual intercourse with the sisters but “had no idea they would get pregnant since they liked it.” He said he intimidated both girls with the promise that he would pay for their maintenance if they kept the pregnancy a secret.

Meanwhile, The mother of the girls(Alice Ukange) – who has been engaged to the suspect for the past four years – is claimed to have found the pregnancy in its latter stages, and the youngsters confessed under interrogation.