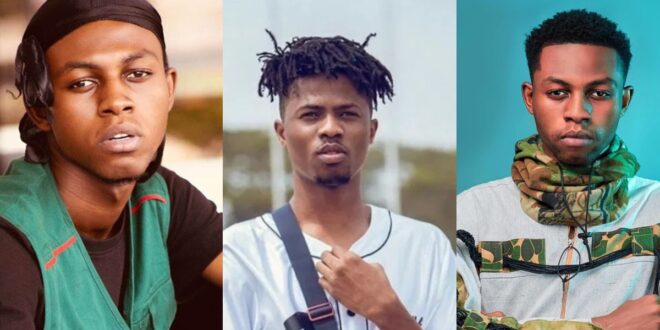 Kweku Flick, an emerging hip-hop rapper, has responded to claims that his style has caused him to snatch fans from Kwesi Arthur.

Owing to their contrasting looks, many have suspected that Kweku Flick has captured some of Kwesi Arthur’s followers, but he cleared the air in a recent interview with Sammy Kay.

He explained that there is nothing wrong with that because, just as Kwesi Arthur got some support from Sarkodie, Shatta Wale, and other top musicians when he first entered the music scene, he is now doing the same.