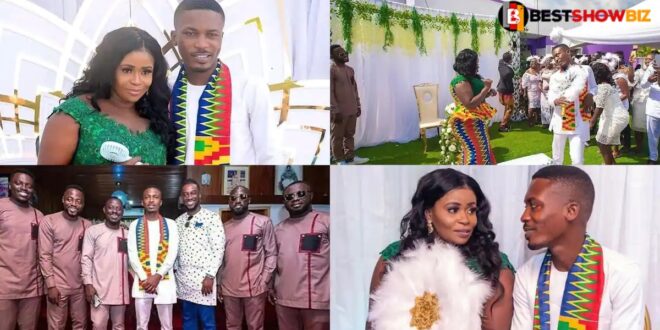 “There is no blessing in marriage”- Clemento Suarez

Contrary to popular belief, Clemento Suarez, a comedian and musician who married just over a year ago, believes there is no special blessing for marriage.

He believes that blessings come from God, not marriage, because only the Almighty has the power to bless individuals.

He made this remark while interacting with blogger Zionfelix at the Vodafone Ghana Music Awards 2022 Edition last weekend.

Clemento Suarez went on to say that marriage simply increases peer respect because people will now address them as Mr. and Mrs. and other such titles.