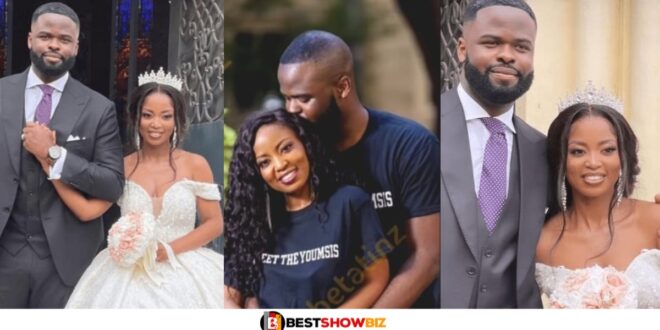 Tatiana, an African-American socialite, supposedly died on her honeymoon with her husband barely 10 days after her wedding ceremony.

According to rumors, Tatiana came to Cameroon to accelerate her wedding with her fiance, but she died barely 10 days later.

Tatiana’s friends reported that she had complained of stomach discomfort before she was gone a few hours later. Her death has shaken social media since all eyes were on her and her husband for planning what was characterized as one of the most lavish weddings of 2021.

Check out her wedding pics below.