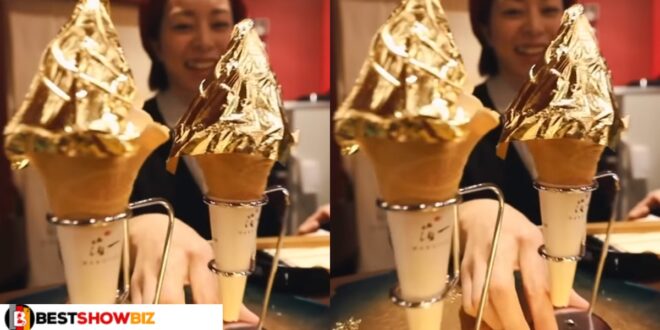 Gold is one of the most valuable natural resources in the world, and it is extremely uncommon to come across it because affluent people are the only people who can readily come across it.

In Kanazawa, it’s just a common commodity that anyone might come across, as discovered by popular content creator and explorer, Joe Hattab.

The explorer discussed the unique aspects of Kanazawa and its inhabitants in a video posted on his Facebook page.

The city is known as one of the world’s blessed cities since the land is immersed in gold to the point where it is added to virtually everything they do.

Kanazawa is said to contribute more than 90% of Japan’s gold, and even ice cream contains gold.

In the video, the explorer is permitted to wash his face with gold while visiting one of the establishments, and he also wonders why people in the city eat ice cream and drink tea with gold in it.

As Joe pondered why they drink tea with gold in it, he came to the conclusion that it has become a part of them due to the value placed on it.