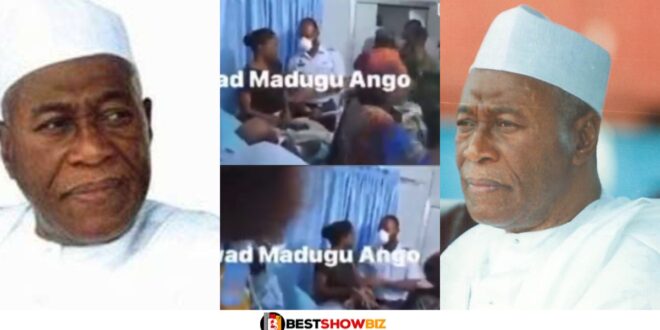 As Alhaji Asuma Banda, a millionaire, continues to decline in health, his two wives are engaged in a bitter dispute over his wealth.

The Ghanaian millionaire and businessman lies sick in bed, and his two wives are fighting over his wealth despite the fact that he is in declining health.

In recent years, the millionaire has been confined to a bed and has been living alone with his second wife in the mansion they share in the Airport Residential area.

A little over a year ago, his son, whom he is said to have disowned for mismanaging his airline, stormed the mansion with his buddies in an attempt to break into the rooms to see him, but the second wife, Baaba, called security on him, which made the news.

The news that was published on the internet today says that a millionaire’s first wife, whom he married approximately 48 years ago, is fighting his second wife over his wealth.