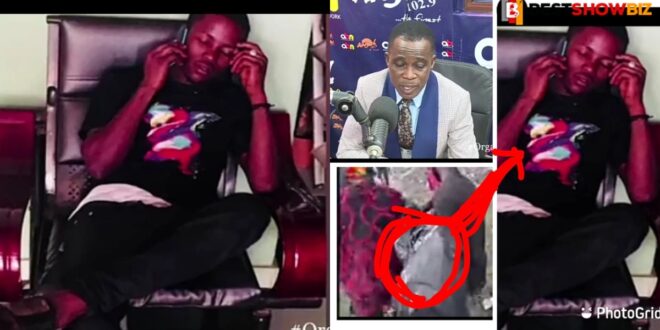 Death is the physical passage from this world to the spiritual realm. It is a voyage during which a person is said to have a second encounter with his or her forefathers and great-grandfathers. Death is a traumatic event. “Everyone will climb the ladder of death,” as the phrase says. We are all aware of various reports revealing the deaths of students at the senior high school, commonly referred to as “SHS.”

According to the reporters and news presenters, the student is between the ages of 21 and 22, and he is well-known in his neighborhood and in his own homeland. It was also revealed that the 21-year-old boy had recently finished his secondary education in the Ashanti Region and was living with his parents in Kenyase, in the Ashanti Region.

The death of the 21-year-old Kenyan teenager occurred as a result of his incapacity to swim in the deeper portion of a tiny lagoon.

As the story progressed, Kwadwo Dickson and his team spoke with the brother of the 21-year-old student at SHS, Kofi Boakye, as well as the boy’s father.

“When we were swimming, Opoku Isaac decided to go to the deeper section. But we advice him not to go since it is very risky. Isaac Opoku did not heed to our voices he chooses his own decision and went deeper. We saw him drowning and we made all our efforts to rescue him but it yield nothing” – Eyewitness Narrated.

According to the boy’s father, Isaac Opoku, he only found out about his son, Opoku Isaac or Isaac Opoku, drowning from his coworkers, who chose to go swimming in the lagoon.

However, Isaac Opoku’s father, speaking with Kwadwo Dickson, still had doubts about what his son’s friends were telling him. So he went to the lagoon in search of his son’s body, but they were unable to locate it for two days in a row. Isaac Opoku’s body was not discovered until the third day.

On the other hand, Isaac Opoku’s brother, Kofi Boakye, said that around ten individuals had perished in the lagoon in the last three years, including his own brother, Isaac Opoku.

The Kenyan natives from the Ashanti Region stated that the Lagoon is their last destination because it is where they usually catch various types of fish. As a result, many people continue to visit the area to fish and swim.