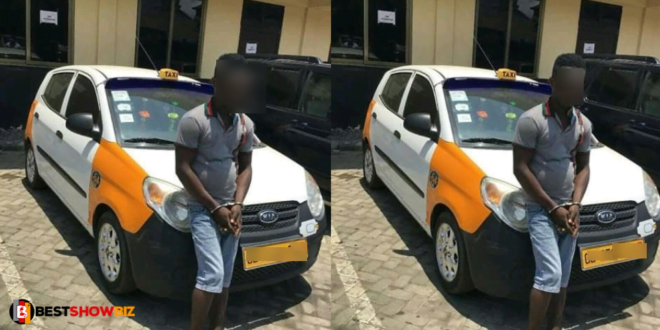 Mr. Felix Ansah, who admitted to murdering numerous people for spiritual reasons on Onua TV, has been arrested.

In an interview with Capital Smart on his Maakye Morning Show on September 2, 2021, the spiritualist turned Christian confessed to having previously murdered numerous people.

Felix, also known as De-ghosty, aroused eyebrows when he stated he had been hired by a prominent politician to assist him in one of the country’s elections.

In the course of assisting him, a pregnant woman who was most certainly due the next morning was kidnapped and buried alive. According to him, the politician had won the elections.

Felix, who said he traveled to Senegal to get spiritual powers on the suggestion of a friend, said he had repented and is now a born-again Christian. He went on to say that he cried whenever he thought about what he had done.

Many praised him for seeing the light and turning away from his wicked ways. Some believed he should be arrested and charged with the atrocities he claimed to have committed.

People resorted to social media to put pressure on the Ghana Police Service to arrest him.

Felix Ansah has been detained, according to a press announcement on the Ghana Police Service’s official Facebook page.

According to a portion of the statement, “The police have commenced investigations into claims made by one Felix Ansah, a 35-year old taxi driver, in an interview he granted on Onua TV on September 2, 2021, where he alleged he had killed several people for spiritual purposes.”