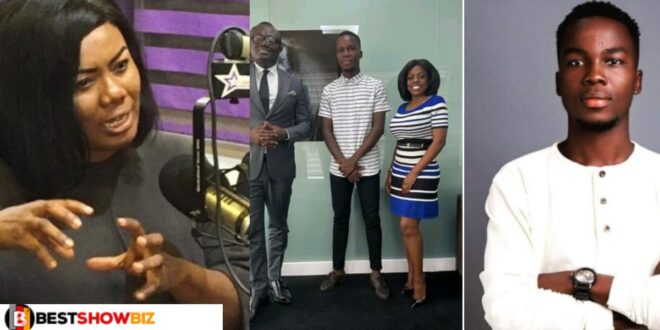 Bridget Otoo, a TV presenter, has taken a drastic stance against GHOne TV for ’employing’ journalist Albert after they reprimanded him without her knowledge, requesting that they not air his episode of the next TV star.

Bridget Otoo and Nana Aba Anamoah chastised journalist Albert for being a bully online, and the EIB network has made him the face of an anti-bullying campaign. According to what she wrote, she only found out about it on social media, which she didn’t like.

She believes in reformation and reconciliation, but because she has to keep up with everything on Twitter, she has decided to inform them via Twitter not to air any of her episodes on The Next TV Star, requesting that they edit all episodes.

She then urged Nana Aba Anamoah to make sure that all of the episodes were edited and that her side was cut off, wishing them and all of the contestants the best and saying that it was time for her to focus on her job, which demonstrates how she felt about the whole thing and how it turned out.