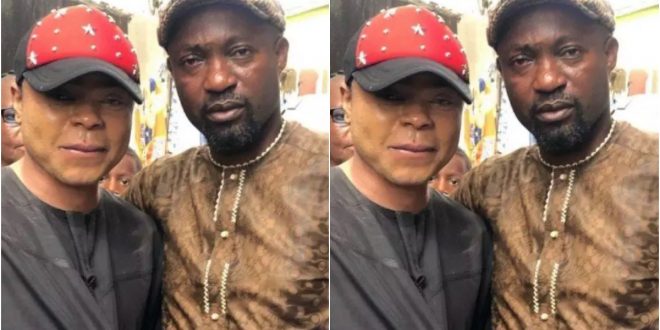 Controversial Nigerian cross-dresser, Bobrisky has caused a stir online as his real face without a Snapchat filter has popped up during his father’s birthday party.

We know, Bobrisky has become a famous male barbie doll who has convinced everyone that he’s crossed gender from a man to a woman. Apparently, perhaps his immediate family is still not aware of the fact that Bobrisky is a transgender.

At his father’s birthday celebration yesterday, he should up as a man. He is seen in a black jalabiya with a cap in the midst of some elders and his real face has been revealed.

check out the pictures beloW: