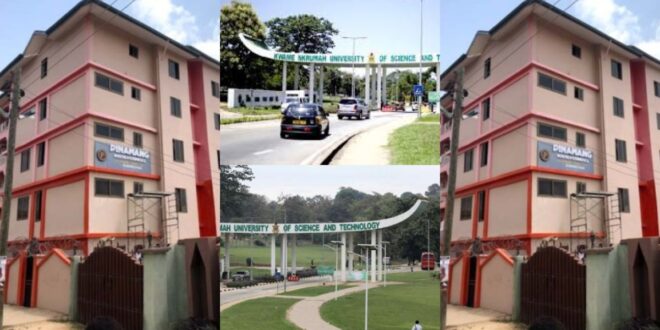 Sugar Daddy d!es in the hostel of KNUST female student after having s#x.

A man who has yet to be named is said to have died on top of a female student at KNUST during a s#x match.

According to some Jodel users, a grown man assumed to be the sugar daddy of one female KNUST student living in the Pinamang Hostel has died.

According to screenshots obtained by us, the Sugar daddy died while getting s#x with an unnamed female KNUST student.

The Hostel and University officials, on the other hand, are yet to say anything about the unfolding tale that has already taken over twitter.