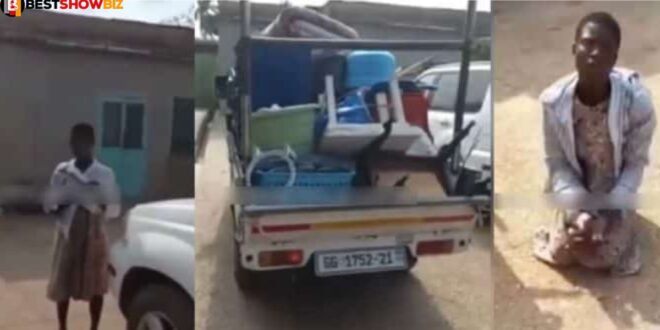 So sad: housemaid caught stealing from her madam (video)

A young lady working as a housekeeper was caught on video stealing from her madam’s home.

According to the story, the young lady has been living with them for a while and they have never treated her harshly because they have adopted her as their daughter.

They went on to say that they didn’t know where they had mistreated her to the point where she would consider robbing them to that amount.

The home assistant, according to a video shared on social media, had packed everything in the house, including her kitchenware, and had even rented a Kia truck to transport the stolen things to a new place.