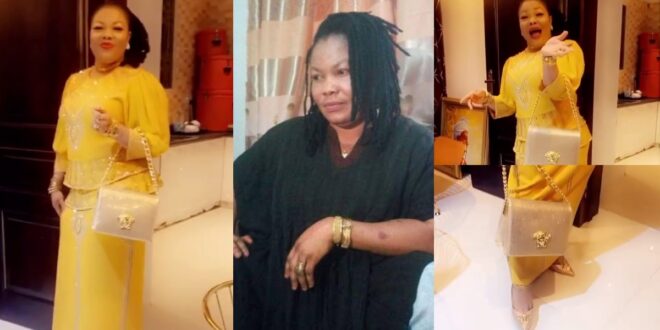 Ghpage has learned that famous spiritualist Patricia Asiedu, also known as Nana Agradaa, has been given bail.

Komfuo Agradaa was granted self-recognizance bail after paying her license for this year (2021) and a one-year advance, according to sources.

Self-recognizance bail is often given to powerful members of society, such as Chiefs, Members of Parliament, except in cases when a criminal has been charged with a trivial offense.

Judicial bail is granted at the discretion of the judges and is governed by the Criminal Procedure Code.

The arrest of Nana Agradaa made headlines yesterday. State security apprehended her, and her famous television channels, Thunder TV and Ice1 TV, were shut down.

The self-described spiritualist was arrested for broadcasting unlawfully without a licence.

Mrs Ursula Owusu-Ekuful, Minister of Communications and Digitalisation, announced the arrest of the famous television fetish priestess in a Facebook message.