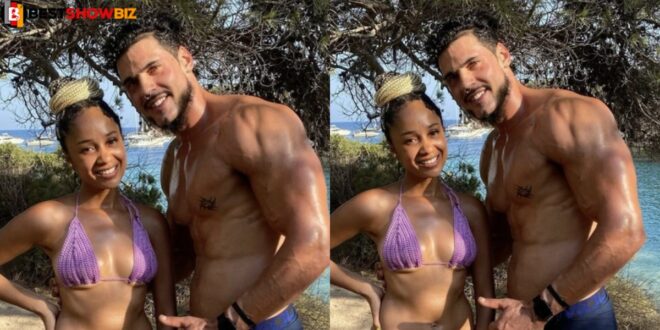 The former girlfriend of rapper Medikal, singer Sister Derby has caused a stir on the internet after photos of her together with a man believed to be her boyfriend from Spain.

Derby, who recently celebrated her 37th birthday, is currently residing in Spain.

Sister Debbie is one of the many celebrities that openly display their personal lives to show has done it again as she flaunts her new boyfriend from Spain..

In Spain, she shared lovely photos with a male friend. Swimming is a common activity on one of Spain’s lakes.