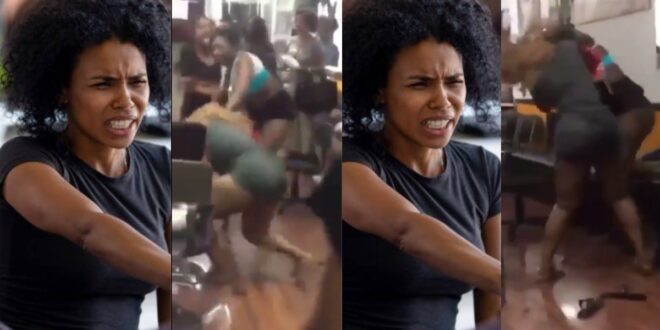 Two unidentified ladies have been spotted in a trending video beating the hell out of each other at a public saloon.

It is believed that the two were fighting over a man, the damages they caused at the salon was very great.

It is unclear what might have started the fight between the two ladies who hated each other already for clashing over a man.

The other women in the salon tried to separate the fight but the two ladies were too strong so they were left alone to fight till they got tired.