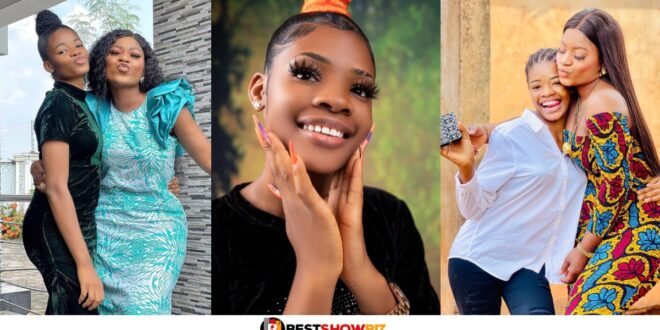 “She hurt me”: Destiny Etiko speaks about her adopted daughter that betrayed her – Video

Destiny Etiko, an actress in Nollywood, has said bad things about Chinenye, her “adopted daughter,” with whom she recently cut ties.

Destiny said on Instagram that she was badly hurt by someone she adored who walked out on her and betrayed her love and trust.

During the session, the actress stated that despite her efforts to provide a good environment for her adopted daughter Chinenye Eucharia, she had done her wrong.

The actress also said that she bought her an iPhone 11 Pro Max, as well as paid for her school fees and clothing, to ensure that she never felt deprived.

Destiny Etiko, in a fast attempt to tease her adopted daughter, disclosed that she had now gained custody of another child.

She expressed her hope that the Hausa child she had recently adopted would not be like her previous daughter, who was wild, rude, disrespectful, ungrateful, and a backbiter.