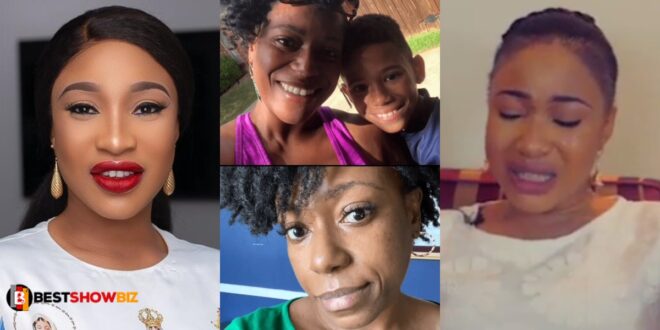 Tonto Dikeh has reunited with her ‘lost’ sister after a three-decade separation.

The fair-skinned actress took to Instagram to celebrate her and her older sister’s reunification, which she attributed to “divine intervention.”

Tonto mentioned in her post that she had only heard about her older sister in stories and had never met her in person.

Tonto also said that she used to brag to her friends about having an African-American sister who resides in another country when she was younger.

Her pastor recently prophesied in their church that anyone whose family member has been missing for years because they are living abroad will emerge, and according to his words, her elder sister reappeared two days later.