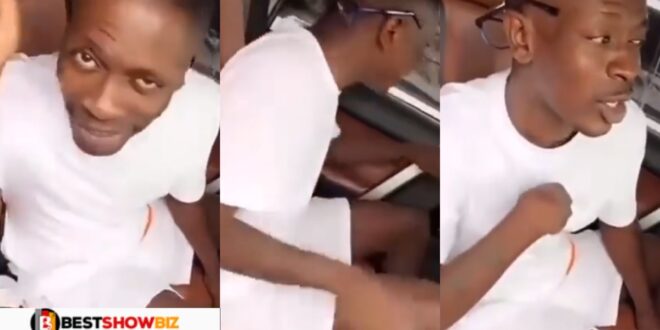 Shatta Wale, a Ghanaian dancehall star, has released his first video since being detained and held at the Ankaful prison for faking getting shot.

The rapper, who was given bail of GHS100,000 today, as well as Gh100,000 for each of his three collaborators, took to social media to thank everyone who supported him while he was in prison.

Shatta Wale was seen smoking in his car and thanking everyone who was there for him while he was away in the viral video.

“Thank you to everyone who has supported me, and I want to declare that God is alive,” he said.