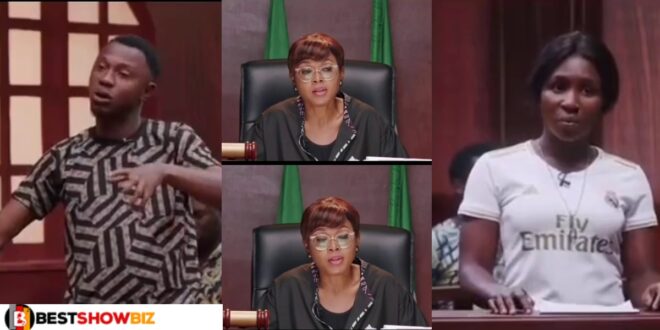 Serious Issue: Man who left his baby Mama and Child to marry a rich sugar mummy dragged to court (video)

A baby mama has dragged a Nigerian man to court over the issue of not paying child support that he has been paying.

According to the lady, the man only sent her N10,000 and has never supported their child’s upkeep since.

The man, on the other hand, hinted that he decided not to care for the child because he lost his job last year as a result of the pandemic, and thus is unable to contribute to child support.

Speaking to the court’s in-house host, Ebuka Obi-Uchendu, he said he’s getting ready to marry but won’t be able to support the child right now because he doesn’t have a job.

When asked what he would do for the baby prior to getting a job, he stated that he had been doing his part while working so the lady could take over.