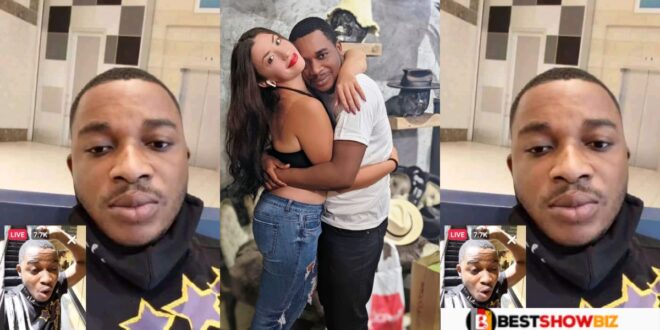 Twene Jonas, an outspoken Ghanaian vlogger, has finally returned to social media following reports that he was missing.

Twene Jonas indicated in a Facebook live post seen by Bestshowbiz.com that he was still having fun in his “heaven on earth”

The “Glass nkoaa” crooner was spotted in the video driving a convertible BMW with his best friend, Say The Don.

He stated that no one had the authority to harm him and asked his fans to dismiss all social media rumors that he was missing.