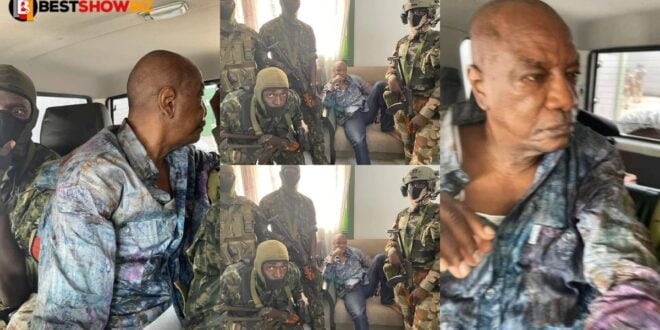 Conde was detained by soldiers commanded by Commander Mamady Doumbouya, according to Guinee7.

The military claimed to have disbanded the government and imprisoned many ministers.

Conde, 83, was re-elected in a tumultuous election in October 2020.

His arrest came barely hours after heavy gunfire was heard outside the presidential palace in Conakry, Guinea.

Earlier special forces strike on the presidential mansion was “repelled,” according to Conde’s government.

Soldiers were spotted speeding around the capital near the presidential palace, encouraging locals to stay home.

According to a military source, highly armed troops stationed outside the presidential palace have sealed off the only bridge connecting the mainland to the Kaloum area, which contains most ministries.