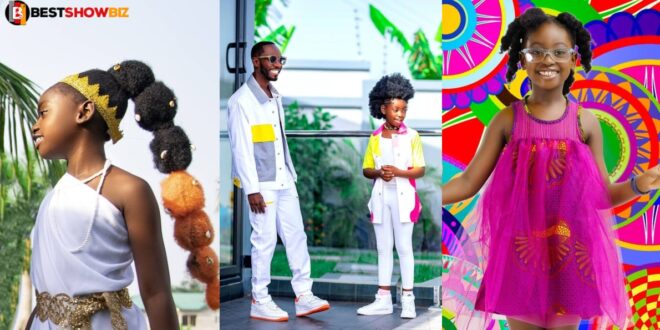 Sante Apau, Okyeame Kwame’s first and only daughter, is already a star, as evidenced by her posts.

The beautiful eight-year-old girl has already established herself as a businesswoman. She is a brand ambassador for a children’s hairline, which she has promoted extensively on social media.

Apart from her business, Sante has shown that she has her father’s blood in her veins by rapping like a celebrity in a video.

In her social media posts, she and her brother, Sir Kwame Bota, are often pictured together.

You’ll see some beautiful photos of Sante, the only daughter of the legendary rapper, below;