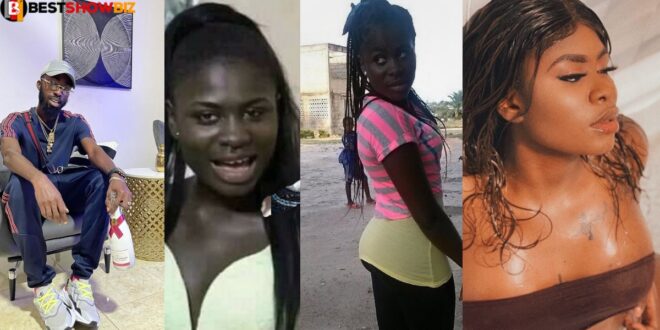 See how yaa Jackson reacted after Oseikrom Sikanii called her out for not been attractive in the past.

Yaa Jackson, an actress and artist, has reacted to her colleague Oseikrom Sikanii’s choice to humiliate her using an old video since she was allegedly quite unattractive back then.

Yaa Jackson’s look at the time was scary, but she has now developed horns since she claims to be a slay queen solely because she has a mansion in Accra, according to Oseikrom Sikanii, who shared the video on social media yesterday.

These two celebrities are apparently pals, so this is merely a joke.

As a result, Yaa Jackson requested that Oseikrom Sikanii leave her alone because his previous images or videos may be worse than hers.

She went on to say that she wouldn’t mind him and revealed a hilarious conversation she had with Oseikrom Sikanii after he posted the video online.

Popularly known as the webmazta; Cobby Collins is an established web designer, a computer instructor, and content creator. You can contact him via email c[email protected] or via Whatsapp only on +233204875306