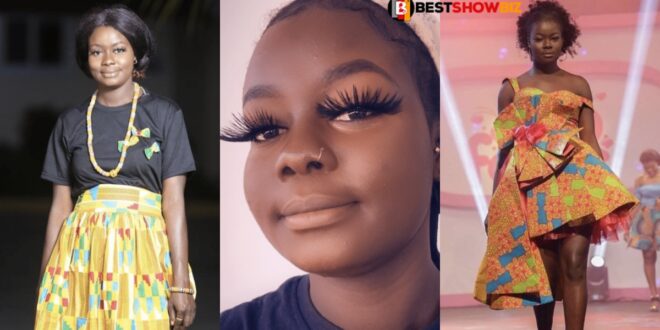 Fatima who is widely known for her appearance on Tv3’s Date rush and her ‘i don’t care attitude is in the news again for something she did at a just-ended event.

She entertained the crowd gathered with her dance moves and also managed to embarrass an innocent boy by grinding him on the floor.

Fatima was seen grinding the young man while performing in front of the audience.

She wowed the crowd and viewers with her dance moves, unique hairstyle, and confidence.

The young man was astonished by Fatima’s public behavior.