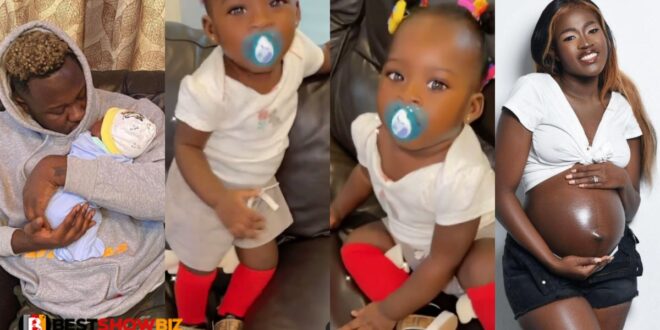 Medikal, a rapper from the AMG label, has admitted that his daughter Island’s appearance has been confusing him lately.

According to Medikal, this has left him and his wife Fella bewildered because she is constantly changing as she matures, which they find confusing.

He revealed this during a radio appearance on Hitz Fm, where he was promoting his new song at the time. Before the conversation came to a close, the interviewer asked him a question regarding Island, which prompted him to confess this.

In his explanation, he stated that as children develop, their appearance changes till they reach a certain age, and that this is exactly what is happening to Island, and that he is now unclear whether she looks more like him, Medikal, or her mother, Fella Makafui.

see the video below;