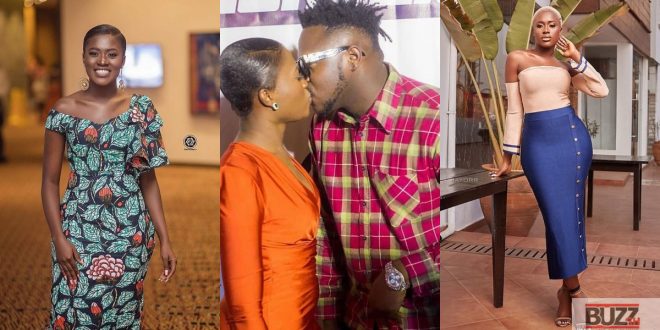 “Medikal has not slept with me yet”- Fella Makafui

-She said this in a QnA section she has with her fans on Instagram.

Actress Fella Makafui has been busted for lying on instagram after a fans asked her who broke her Virginity in a Question and Answer section.

The actress, quickly answered the fan that she was still a virgin, despite been married for some months now.

Many people even speculated that she was pregnant before the wedding to medikal even came off, but till date, Fella is yet to show any signs of Pregnancy.

Fella’s disclosure that she was a virgin did not go down too well with her fans as many opposed her that she was lying.

see the screenshot below.